1. What does the Bible say about different kinds of love? 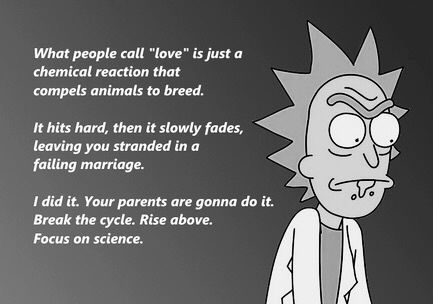 1. What does the Bible say about different kinds of love?

The Bible describes three kinds of love that are relevant to male-female relationships:

1. Sexual/Physical love (Eros): Eros is sexual attraction between males and females. It is usually associated with infatuation. It is usually hormone-driven and triggered by the physical attractiveness of the opposite gender. Eros is essentially a self-directed love as it seeks self-gratification through sexual release. This means one may lose interest in the other party once the sexual desire is gratified. There is a tragic story in the Bible (2 Samuel 13:1-19) about two children of David, Ammon and Tamar, that illustrates the ephemeral nature of sexual love. Amnon was madly in love with Tamar, his half-sister: "Amnon was so tormented that he made himself ill because of his sister Tamar, for she was a virgin, and it seemed impossible to Amnon to do anything to her" (2 Samuel 13:2-3). So he feigned illness to get her to serve him in his bedroom. When Tamar was in his bedroom, he sent his servants out and raped her. What happened to Amon next was appalling: "Then Amnon hated her with very great hatred, so that the hatred with which he hated her was greater than the love with which he had loved her" (2 Samuel 13:15).

Once Amnon's Eros was gratified, whatever "love" he had for Tamar was gone. From this story, we can observe the Ero's goal is not the other party's welfare. Since it is self-focused, it is often insecure and susceptible to extreme feelings of jealousy. This is the "love" portrayed and glorified by Hollywood, but it can never be the foundation of a long-lasting male-female relationship. This does not mean that Eros has no place in the biblical concept of romantic love, but it must take place within the safe and secure context of the married life.

2. Friendship love (Philia): Unlike Eros which is self-focused, Phila (friendship love) is often built around a common love. Thus, Philia is not self-focused but interest-focused. The common interest may be a hobby, a religious or civic cause, or even an educational or vocational pursuit. Philia is therefore not restricted to male-female relationships; it can apply to same-gender relationships. However, Philia can also lead to long-term commitment within marriage, which will include Eros. Romantic love is not always initiated through Eros and, in many cases, is a fruit of Philia (friendship love). There are many couples who were classmates or colleagues for many years before they began a courtship. On the whole, Philia-initiated relationships are more stable than Eros-initiated ones, for Philia is more rational in nature while Eros is more emotional in nature.

3. Divine love (Agape): The third kind of love described in the Bible is Agape. It is divine love and the most altruistic form of love. Agape is unconditional love--the kind of love God has for sinners regardless of their status, desirability or worth. Agape love is selfless and self-sacrificing; it is entirely "other-focused": "By this we know love (agape), that he laid down his life for us, and we ought to lay down our lives for the brothers" (1 John 3:16). The person loves not because the other party is lovely or lovable but because he himself is the embodiment of sacrificial love. Agape love is found in every individual because we are created in the image of God. Unfortunately, sin has distorted our expression of Agape, though we can still see glimpses of it in a mother's sacrificial love for her children or in the act of soldier laying down his life to save his comrades. Only Agape love can sustain marriage "unto death" because it is the only love that is independent of external conditions. For Christians, we have the Holy Spirit living within us as the source of the Agape love of God: "God's love (agape) has been poured into our hearts through the Holy Spirit who has been given to us" (Romans 5:5).
Posted by Chee Min, Then at 7:42 AM

Feel free to leave your comments.

Chee Min, Then
Tampines, Singapore
Then Chee Min's current passion is persuading church and marketplace leaders to adopt a missional vision that is transformational, aligning people with God's Kingdom agenda as expressed through the Gospel. He is available to preach, teach and train on missional leadership.